Utopia Project is an unique national project in the field of sustainability and and environmental preservation which started in 2012. 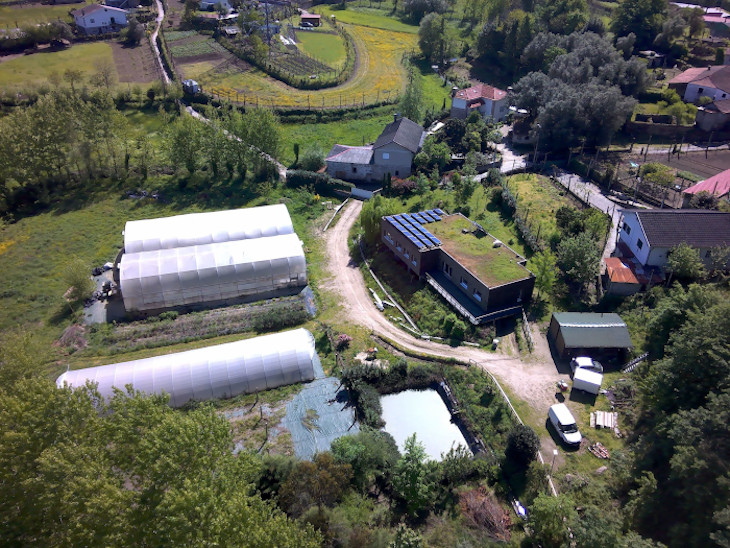 Minute Zero
The project had the "Minute Zero" in 2010, when the company was located in the city center of Braga.

On a dat of extreme heat, the window was opened to let in some fresh air, but then it was quickly closed. This was because the noise and smell of exhausts was so intense that it was impossible to keep the window open. The next step in these cases is to turn on the air conditioning. The awareness of the absurd energy inefficiency of the entire process (routine in any company located in large urban centers), led to the need of change.

And that's how in 2011, a land with 1ha was acquired in Póvoa de Lanhoso to start the construction of the Utopia Building.


Headquarters of a company dedicated to the development of software solutions - Plako - the Utopia building was inspired by the concept of earthship and built using more than 2 thousand used tires (an option that translates into a 70% reduction of carbon emissions and higher levels of energy efficiency than traditional construction materials).
In addition to the 2,200 tires filled with soil that was extracted from the ground itself, the walls of the building were built using 11,000 soft drink cans, collected with the help of the local population, and a mixture of gravel, straw and chalk to cover the entire structure. 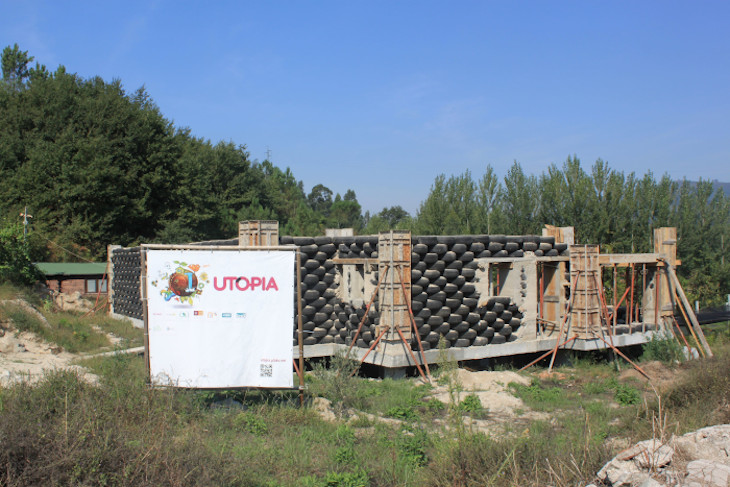 The launch of the "first tire" occurred in 2015, in a ceremony attended by the Deputy Secretary of State and Economy Dr. Leonardo Mathias and the Mayor of Póvoa de Lanhoso Mr. Manuel Baptista.

Over the years, the invitation to engage with the local community has been maintained.
In 2016, a campaign to collect cork stoppers (about 75,000) began, with the collaboration of local wine producers, cafés and restaurants, with strong participation from the Póvoa de Lanhoso Scout Group.
The cork stoppers were reused in the building's roof garden as an ecological solution and drainage system, meeting acoustic and thermal insulation needs since they maintain their characteristics over time. In July 2017, the activity "Give light to Utopia" took place. This consisted of a collaboration between Plako, the Association of Support to the Visually Impaired of the District of Braga (AADVDB), ASSIS and the Casa de Trabalho de Fontarcada with the goal of building lamps that are currently used inside the building.

The project was given the name "Utopia", because during its development, it was found that the more ideas emerged for its construction, much more remained to be learned. It is the same with nature... no matter how much we do to protect it, much more can still be done... And it will never be too much.

There is a phrase that sums up very well the essence of this project: "There is nothing like a dream to create the future. Utopia today, flesh and blood tomorrow" (Victor Hugo, "Les Miserables").